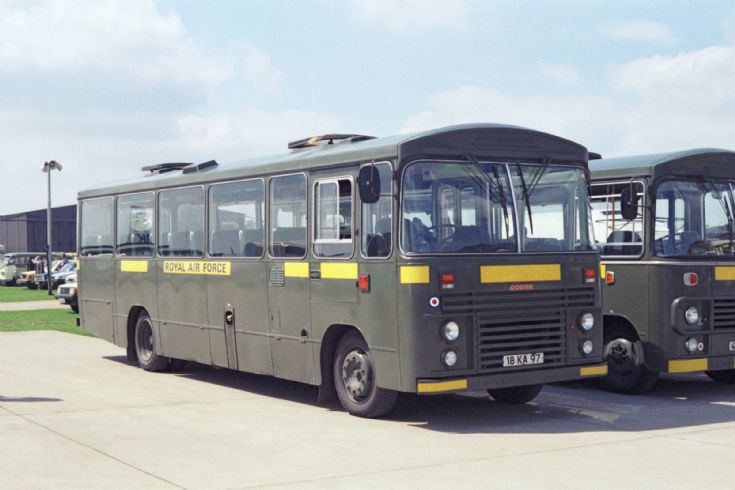 This was seen at RAF Leuchars around 1997 (I think?)Should have taken both of them, but unfortunately only got this one. Bodywork might be by Marshalls of Cambridge?
Picture added on 02 March 2013 at 18:52
add commentComments:
There is certainly a Marshalls look to this vehicle - the styling is very similar to the many Bedfords of the 70s and 80s and Marshalls did huge amounts of work for the MoD.

Added by Peter Goodall on 03 March 2013.
The one to the right of it is bodied by Wadham-Stringer. Not sure about this one, though.The Bedfords were bodied by Strachans.

Added by Roger Greenaway on 04 March 2013.
The one to the right of it is bodied by Wadham-Stringer. Not sure about this one, though.