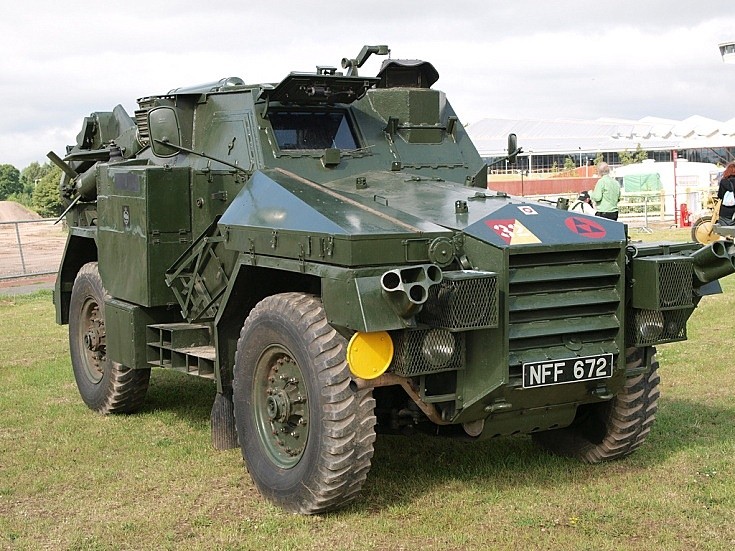 The Hornet actually is a launch vehicle for the Australian developed Malkara (a high explosive anti-tank weapon) that was a modified version of the Humber Pig. The Hornet Malkara was the product of Cold War necessity designed to combat the heavy tanks of the Soviet Union. The Malkara missile (from an Aboriginal word for "shield") was one of the earliest anti-tank guided missiles (ATGMs). It was jointly developed by Australia and the United Kingdom.
Picture added on 26 December 2010 at 10:50
This picture is in the following groups
Tankfest Bovington, United Kingdom
add commentComments:
Designated FV1620

Added by Roger Greenaway on 26 December 2010.
These vehicles were last used by the Independant Parachute Squadron, Royal Armoured Corps, which fired off the last of the Malkara ATGW in the Outer Hebrides in 1970. They then re-equipped with Ferret 5 and Swingfire ATGW.