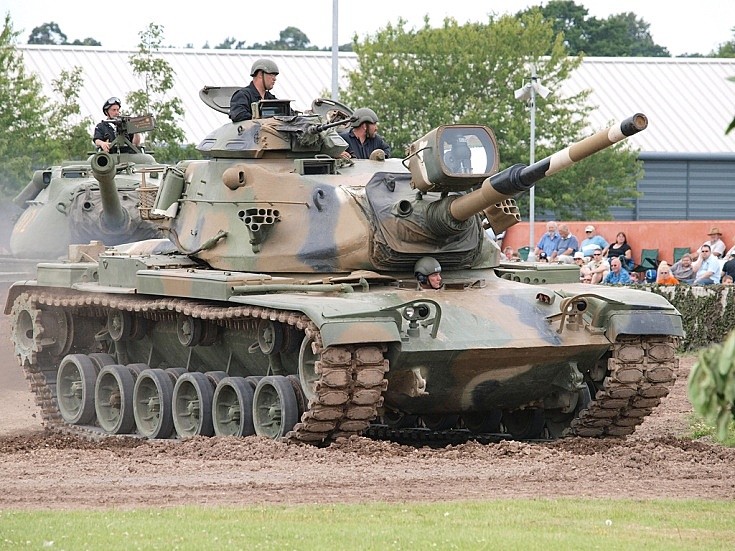 The M60 served as the primary US main battle tank for three decades prior to the introduction of the M1. It was fitted with a M 68 105mm main gun and manned by a four-man crew. Criticized for its high profile and limited cross-country mobility, this durable tank proved reliable and underwent many updates over its service life of over four decades.
Build in response to the Russian T54 over 15,000 M60s were built starting in 1961 and the last upgrades ended in 1990.
The M60 tank hull was designed with a unique rounded boat shape bottom but a pointed nose section. It was made from five cast pieces that combine to provide excellent ballistic protection for the four crew and equipment packed inside.
Most of the initial production vehicles were sent to Europe to offset the Russian T-54, then coming into widespread service with Warsaw pact armies.
Picture added on 26 January 2011 at 15:58
This picture is in the following groups
Tankfest Bovington, United Kingdom
add commentComments:
The second tank appears to be an M103 series Heavy Tank. I didn't know there were any of these operational.

Added by Mark Holloway on 21 February 2011.
The second is an M103A2 which a running resident at Bovington.